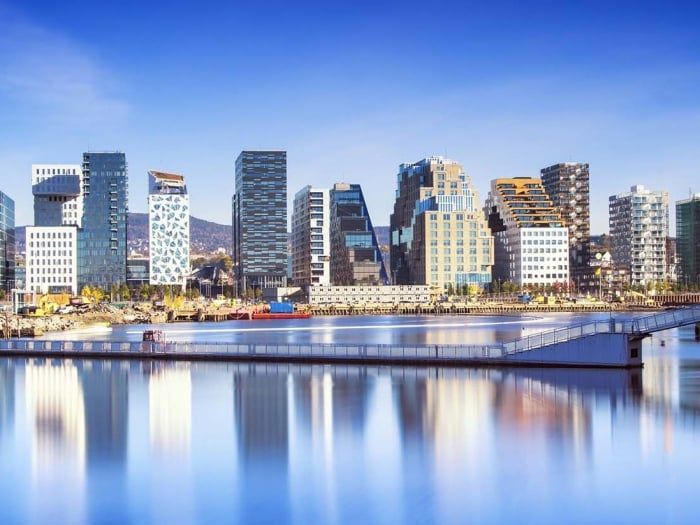 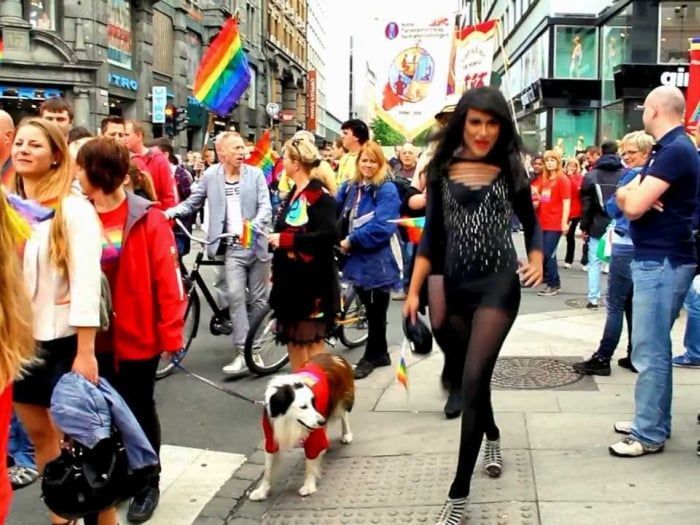 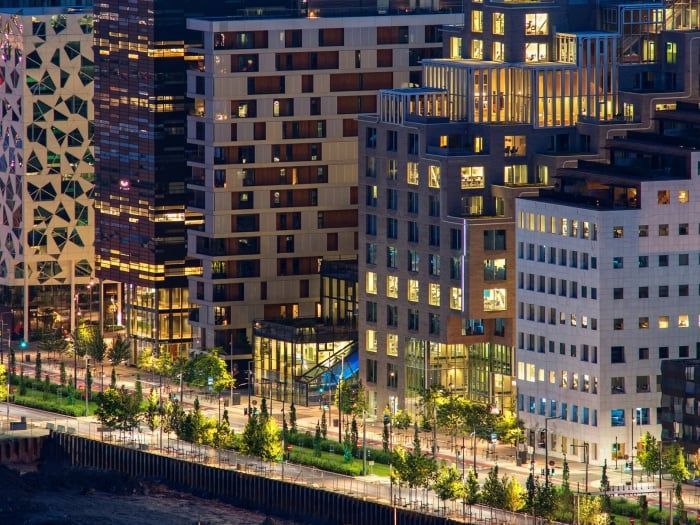 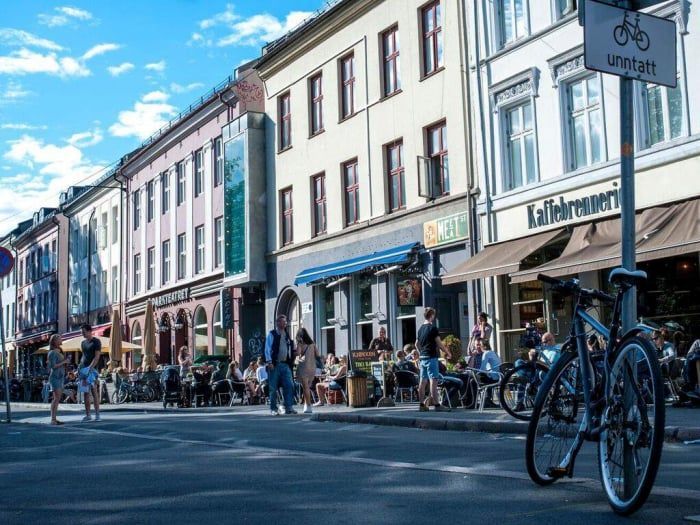 Oslo the Viking capital of Norway. The gay area is Grunerlokka.

Oslo is the capital of Norway. Founded in the year 1040 and established as a kaupstad or trading place in 1048 by Harald Hardrada.

When Norway gained full independence in 1905, it was one of the poorest countries in Europe. One century later it is one of the richest in the world, per capita, mostly due to heavy industry, shipping, fishing and oil.

Oslo is a forward looking and liberal city in Scandinavia considered a gay friendly region.

Since gay equality and high quality of life are connected it is no surprise Norway was the second country in the world to legalize same sex partnerships and granted marriage equality to same sex couples.

The gay scene is relatively small but the bars, clubs, saunas, s & m clubs, nude beaches offers plenty for visitors to enjoy. Norwegians are keen on partying especially at the weekend and might appear a bit shy but are generally friendly people.

Oslo Sporveier runs the buses, subway(metro) and streetcars all over Oslo. A one-hour ticket bought in advance is fifty percent than bought on board. 24 hours and multiple day tickets are available.

Oslo has one airport Gardermoen which is 45 kilometres from the city centre.

The fastest way to downtown Oslo is by Flytoget a shuttle train which takes you to the city centre in 20 minutes. Trains run every 10 minutes.

The cheapest way how to get to the city centre is to take the regional train that connects the airport with Oslo S the main railway station and costs half the price of Flytoget and the journey takes about 25 minutes.

Oslo Taxis between Gardermoen Airport and downtown are very expensive compare to the train service.

Oslo is as an open-minded city has a number of very gay friendly places to stay. All accommodation bookable on our site is gay friendly and you can be assured of a warm welcome. As the city is relatively compact and most places can be reached within a short walk.

Karl Johans Gate in the heart of Oslo is the best known and the busiest thoroughfare in Norway. Many of Norway's institutions are situated here, including the Royal Palace (Slottet), the Norwegian Parliament (Stortinget), the National theatre and the university.

Akershus Slott (Akershus Fortress and Castle) is Norway's best-preserved fortress and castle complex from the Middle Age. The complex is strategically situated on a rocky outcrop with excellent views over Oslo fjorden. Akershus Slott contains a variety of historic buildings, museums and defence installations.

Aker brygge is a former shipyard packed with shops and eating places.

Oslo's largest park is named after the sculptor Gustav Vigeland whose 212 sculptures modelled in full size in clay by Vigeland himself, but the carving in stone and casting in bronze were carried out by others.

Listed below are some of the most popular gay bars and clubs in Oslo.

London Pub & Club is the most iconic and biggest gay bar in Oslo having been open since the 1970s. The fun happy hour is until 9 pm with drag queens and nice atmosphere. London Pub is packed on the weekend and gets very cruisy.

Elsker is a fun gay bar with plenty of drag related events. It attracts a young crowd of gay & lesbians who dance to Euro-pop trash music.

Bob’s Pub is a simple bar serving snacks, drinks and friendly crowd. On a sunny day you can sit outside or in the winter escape the cold in the cosy interior.

Oslo Pride is the largest gay event in Norway annually in July. It attracts thousands of people to celebrate progress, show visibility and push to end all forms of discrimination.

Scandinavian Ski Pride is a popular three-day event taking place annually in March at the Hemsedal ski resort famed as the best ski resort in Norway. A fun event for skiing, gay parties and après-ski.