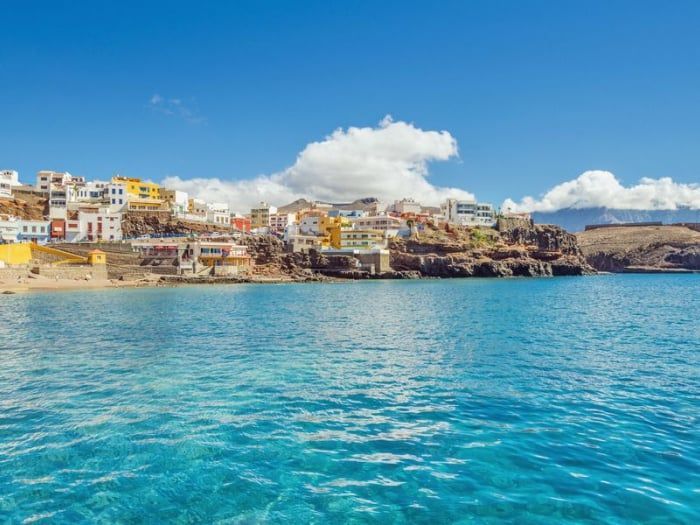 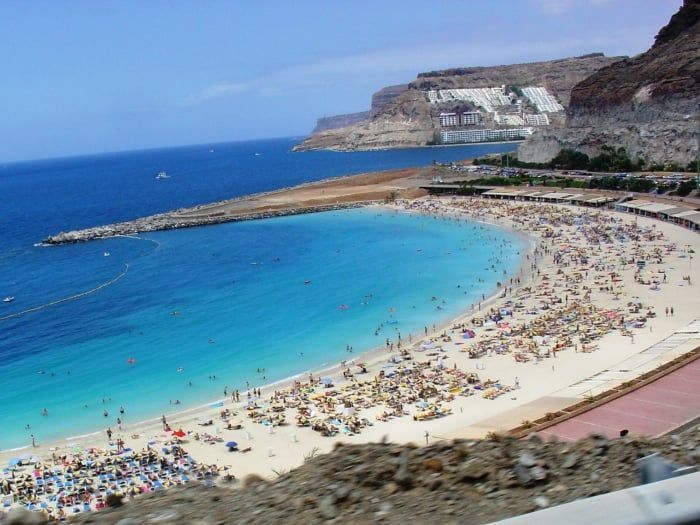 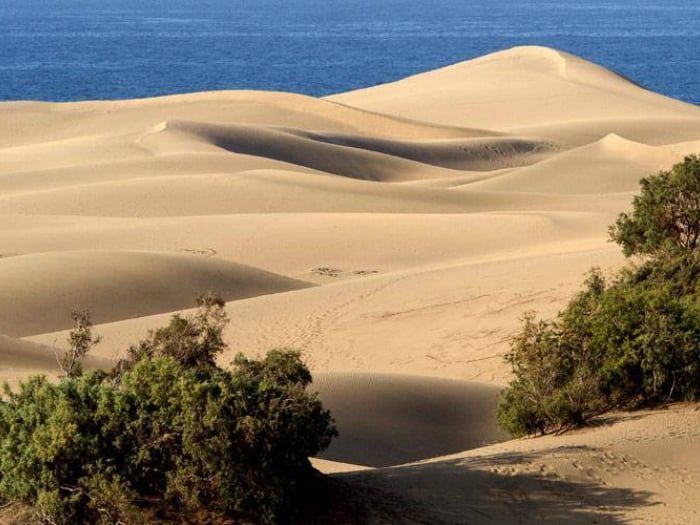 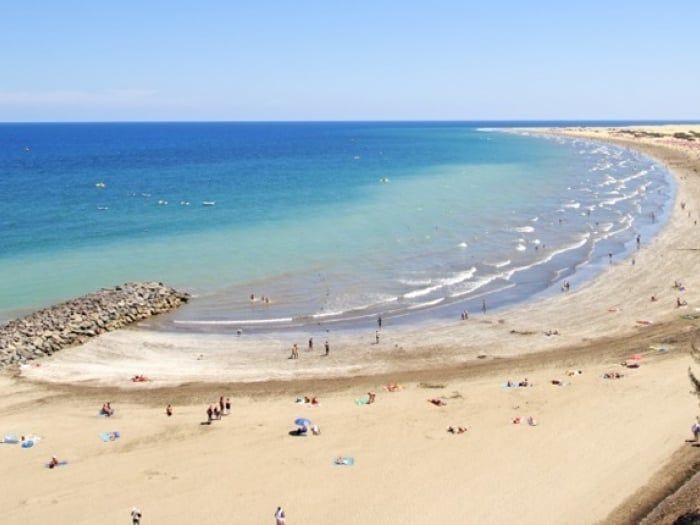 A warm destination popular all year round with gay community. The local LGBTQ events are exceptionally popular.

Maspolomas whose original name Canaria was due to the Canarii inhabitants which was then changed to Gran the epithet of "great". It is the third largest of the Canary Islands. The capital city of the island is called Las Palmas.

Gran Canaria was populated by the Canarii, who it is estimated around early as 500 BC. The Canarii called the island Tamarán or Land of the Brave. After over a century of European incursions and attempts to conquer the island on April 29, 1483 after a 5-year campaign by the Crown of Castile, with the support of Queen Isabella I the islands became part of Spain.

Gran Canaria is a popular holiday destination for gays in two parts of the island Playa del Inglés and Maspalomas.

Gran Canaria’s year-round pleasant weather and long beaches with white sand dunes make it a popular tourist destination attracting over two million visitors a year. It is popular with British, Germans and Scandinavians who look to escape from Europe’s cold winter weather.

The majority of the tourists on the island are there for sun, sea and partying so general get around by walking or taxis during their holidays and use a bus from and to the airport.

The islands airport is located on the east coast approximately 25 km from Playa del Ingles/Maspalomas. From the airport to the city there are buses and taxis.

There are regular hourly scheduled bus services from the airport to Playa del Ingles and Faro de Maspalomas cost less than €5 each way. A taxi will cost between €30-40 to get to Playa Del Ingles or Maspalomas.

The Gay Scene on the island is in Playa del Ingles and Maspalomas. Both part of the island has a number of exclusively gay or hetero friendly apartment complexes, guest houses, hotels and resorts. In addition to these there are a number of gay friendly hotels. All the places to say bookable on our website are exclusively gay or gay friendly so you can be assured you are welcome.

During the day the majority of guys staying in hotels head to the beach at Maspalomas to hangout and enjoy exploring the sand dunes or stay by the pool at their hotel or resort.

The town of Playa del Ingles has a very popular gay beach and the nightlife is around the Yumbo Centre. There are a number of gay resorts and hotels in this area and as the vibrant gay bars and cruise club scene is at the Yumbo Centrum most peoples in this area.

The main decision to be made when booking accommodation is to decide if you prefer to stay in a hotels or resort and in Playa del Ingles near the nightlife or Maspalomas close to beach and further from the night life. You decide as we have places to stay bookable in both areas.

The real attraction of Gran Canaria is the beaches and the famous dunes of Maspalomas. They extend over 6 kilometres with very fine sand.

Maspalomas is about a 20-minute walk through the dunes away from Playa del Inglés.

The Yumbo Centre is home to a huge selection cabaret show bars, cruise bars with dark rooms, late night dance clubs, gay saunas, shops and restaurants. At night it transforms into the hotspot for gay nightlife.

As most people have been at the beach or by the pool the bars do not get busy before 11pm. The crowd tends to move on to the late-night bars/ clubs around 2am with some places staying open until 5am or later.

The number and choice of places to go out in the Yumbo Centre is huge. The best approach is to go where you know or have been recommended to you or just wander and decide on the crowd in each place you find along the way.

There is in addition a gay scene in Las Palmas, the capital city of Gran Canaria but this is mainly for local guys as majority of few tourist stay in Playa del Inglés or Maspalomas.

The is a huge choice of place to dine in both Playa del Inglés or Maspalomas. Look for places to dine with your eyes and nose to see the food being eaten by other diners and if the customers are cute.

The Yumbo centre has plenty of boutiques or shops to buy whatever you need for your holiday that you did not bring with you.

The 3 main events on Gran Canaria are the Carnival, Maspalomas Gay Pride and Winter Pride. All events are very popular and therefore book your place to stay a minimum of a few months in advance.