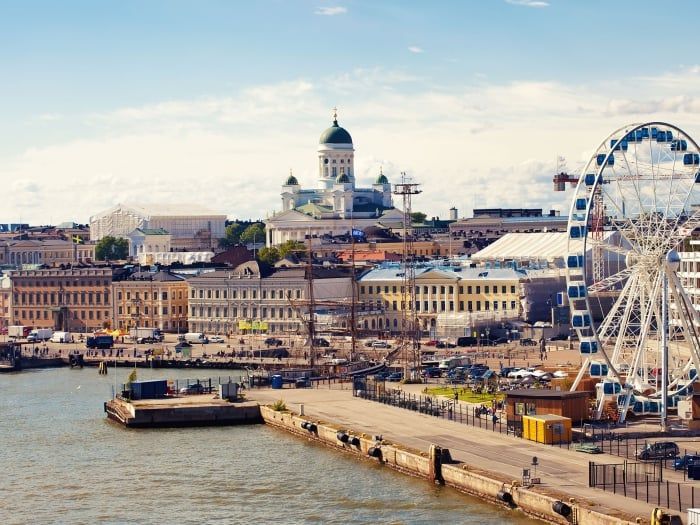 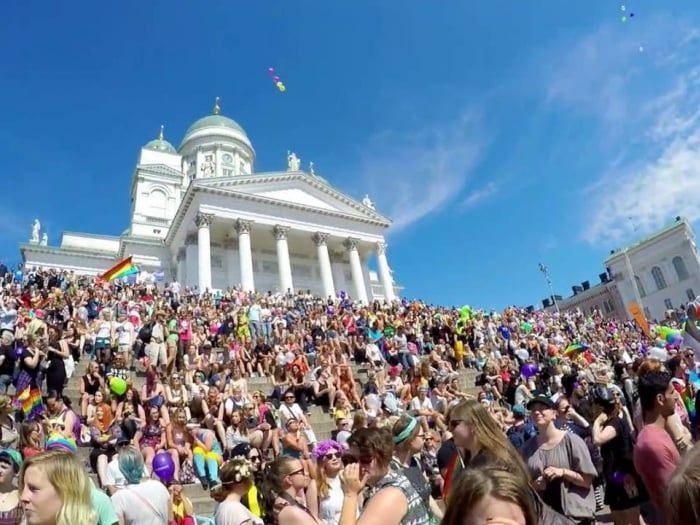 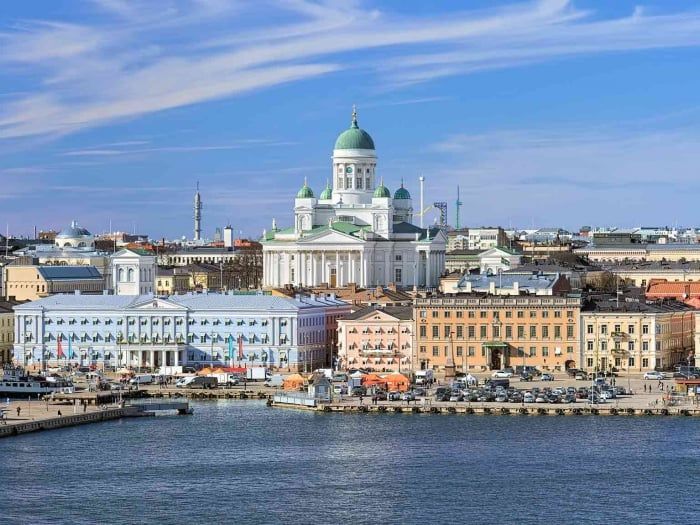 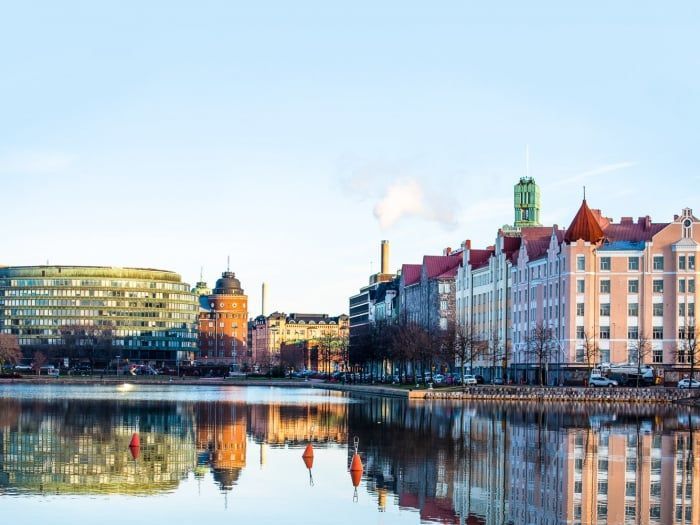 Helsinki the capital of Finland the country famous for Tom of Finland !

Helsinki was established as a trading town by King Gustav I of Sweden in 1550. Little came of the plans as Helsinki remained a tiny town plagued by poverty, wars, and diseases. The plague of 1710 killed the greater part of the inhabitants of Helsinki.

Helsinki has one of the highest urban standards of living in the world. Helsinki is where ten percent of the Finnish population love and is considered cute, fashionably stylish, unassuming and straightforward.

The Finns may appear to be a little serious but they are actually quite friendly. They appear to hibernate in the winter when the sunlight is short and typically only six hours of day light. When the summer arrives the sun never completely goes away and the daytime temperature is perfect.

As in the other Nordic countries homosexuality is widely accepted in Finland.Helsinki's LGBT scene is fairly big and diverse considering the size of the population of the city which is approximately half a million.

Helsinki is a compact city to explore on foot as most of the sights are within convenient walking distance of the city centre.

With a single ticket you can hop aboard trams, busses, the metro and ferries. Single tickets can be purchased from ticket machines, R-kiosks and other HSL sales points or by using the HSL mobile app. On buses you can also buy your ticket from the driver.

The city is served by the international Helsinki Airport located in the city of Vantaa. There are several ways to transfer from the airport to the Helsinki city centre.

HSL bus 615 or 620 is the cheapest way to get to Helsinki central railway station and takes some 35-40 mins. The bus runs every 30 minutes. The fare covers transfer to other HSL services of buses, trams and metro if used with 80 mins of the ticket being purchased.

The Finnair City Bus takes you a bit faster from airport to central railway station and runs more frequently.

A taxi will cost around €40. There are some fixed rate shared taxi services which cost €20 per passenger.

Helsinki as an open minded city has a number of very gay friendly places to stay. All accommodation bookable on our site is gay friendly and you can be assured of a warm welcome.

As the city is relatively compact and most places can be reached within a short walk.

Helsinki is a peaceful capital, famous not only for its history and heritage but for its Old Town, coastline and archipelagos.

One of the most popular historic attractions in Helsinki is the UNESCO World Heritage Site Suomelinna Fortress Island.

Helsinki is renowned for its museums and galleries. The old town part of the city centre is a great place to visit several of the cities museums.

The SkyWheel is an iconic feature on the city's skyline from which you can view the panoramas over the city.

The Canal route is a relaxing picturesque ways to experience the city by a cruise along the banks and shores of the city.

Listed below are some of the most popular gay bars and clubs in Helsinki.

Hercules is the biggest gay nightclub in the entire Nordic region. The club can accommodate up to 500 customers. The basement bar has theme evenings on weekends and the upper floor has a dance floor. The club use a card to pay for drinks etc that you purchase when you enter so you can leave your wallet safe in the cloakroom. Address Pohjoinen Rautatiekatu 21

Bear Park Cafe in Karhupuisto which means “Bear Park” is in the heart of Kallio. The iconic statue of a bear on an anthill was given new life in 2000 with the arrival of gay bear culture in Finland. Address Karhupuisto, Kallio

Cavalier is a small and friendly cultural bar with art exhibitions and all kinds of art performances. It also serves snacks and light food. Cavalier hosts Otso parties that attract the city’s bear community.  Address Malminrinne 2-4

Fairytale is a traditional gay bar with tinted windows located slightly further from the city centre. Fairytales has a terrace this is always packed when it’s sunny. Address Helsinginkatu 7

Finnish cuisine is generally well presented and delicious. There are dishes such as reindeer which if you are a meat eater should not be missed.

There is lots of choice so just search with your eyes to see what the other customers food looks like when making a choice of where to dine.

If you are looking for a gay restaurant then BLVD Room is a relatively new gay restaurant in Helsinki that has already become a popular meeting place. In summertime it has a large terrace inside the courtyard. Address Bulevardi 26

Finnish culture involved going to saunas but with friends gay or straight. Therefore there are very few gay saunas.

Sauna Vogue the only gay sauna in Helsinki with two sauna rooms, a steam room, video room, dark room and a bar.Sauna Vogue is well-known for its modern facilities. Address 5th Floor Sturenkatu 27.

Stockmann is a massive eight floor shopper's paradise. It sells everything from clothing to food to electronics to furniture. Address Aleksanterinkatu 52

Helsinki Gay Pride is the biggest gay event held annually in Finland in June. The parade is on Saturday and ends in Kaivopuisto Park where everybody drinks, picnics and enjoys the live concert. Book your accommodation in advance as it is peak summer and everything sell out months in advance.