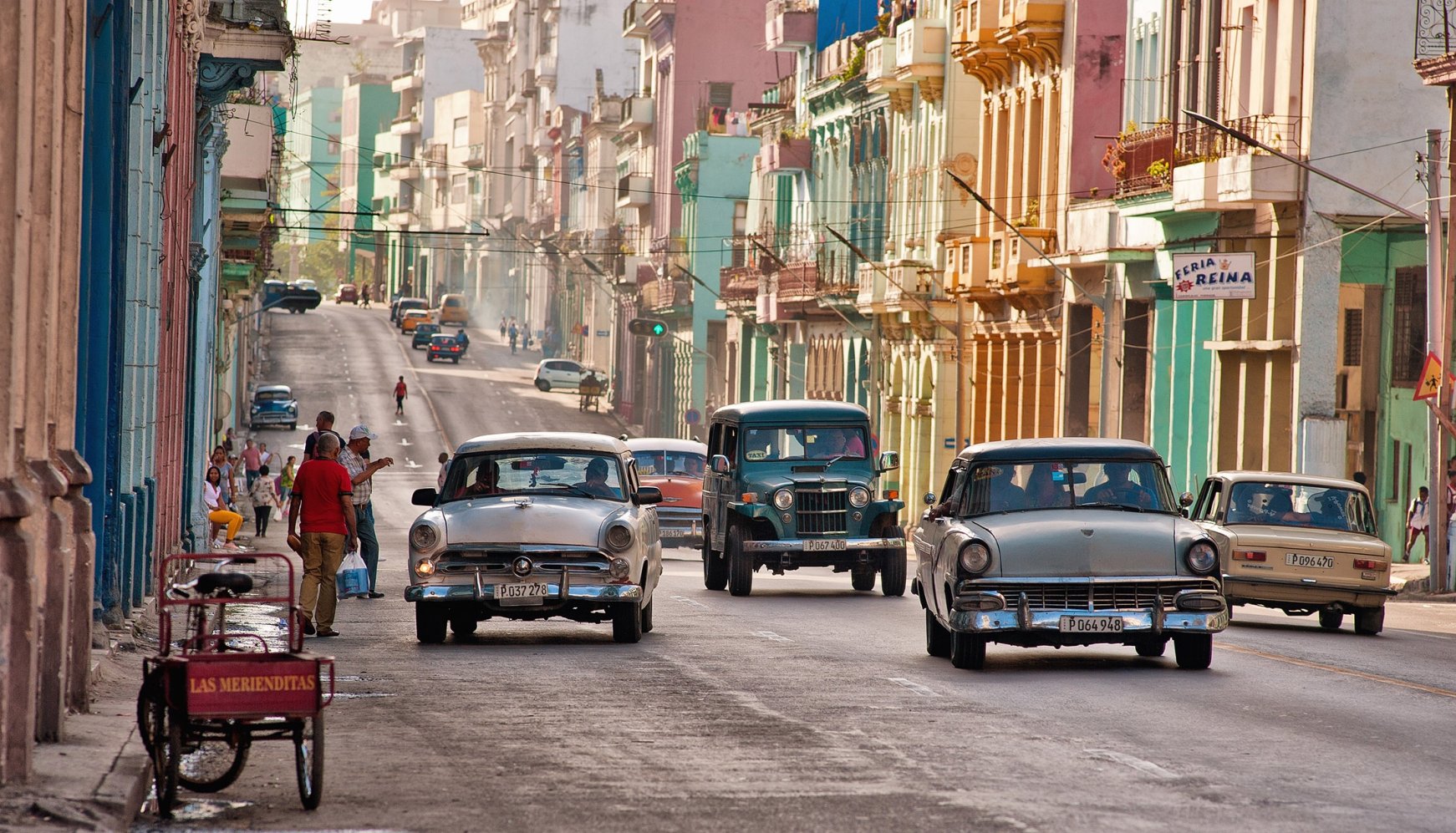 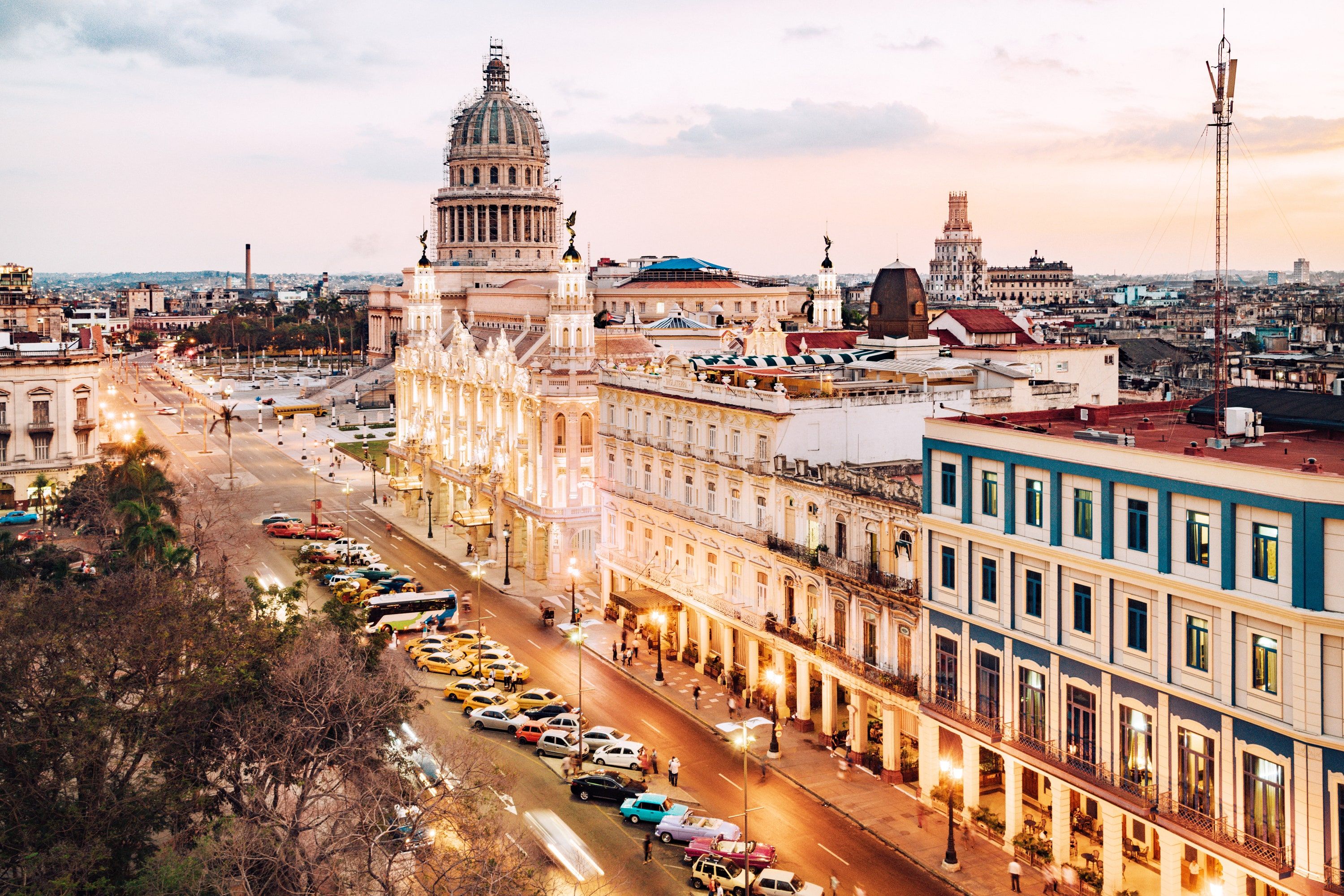 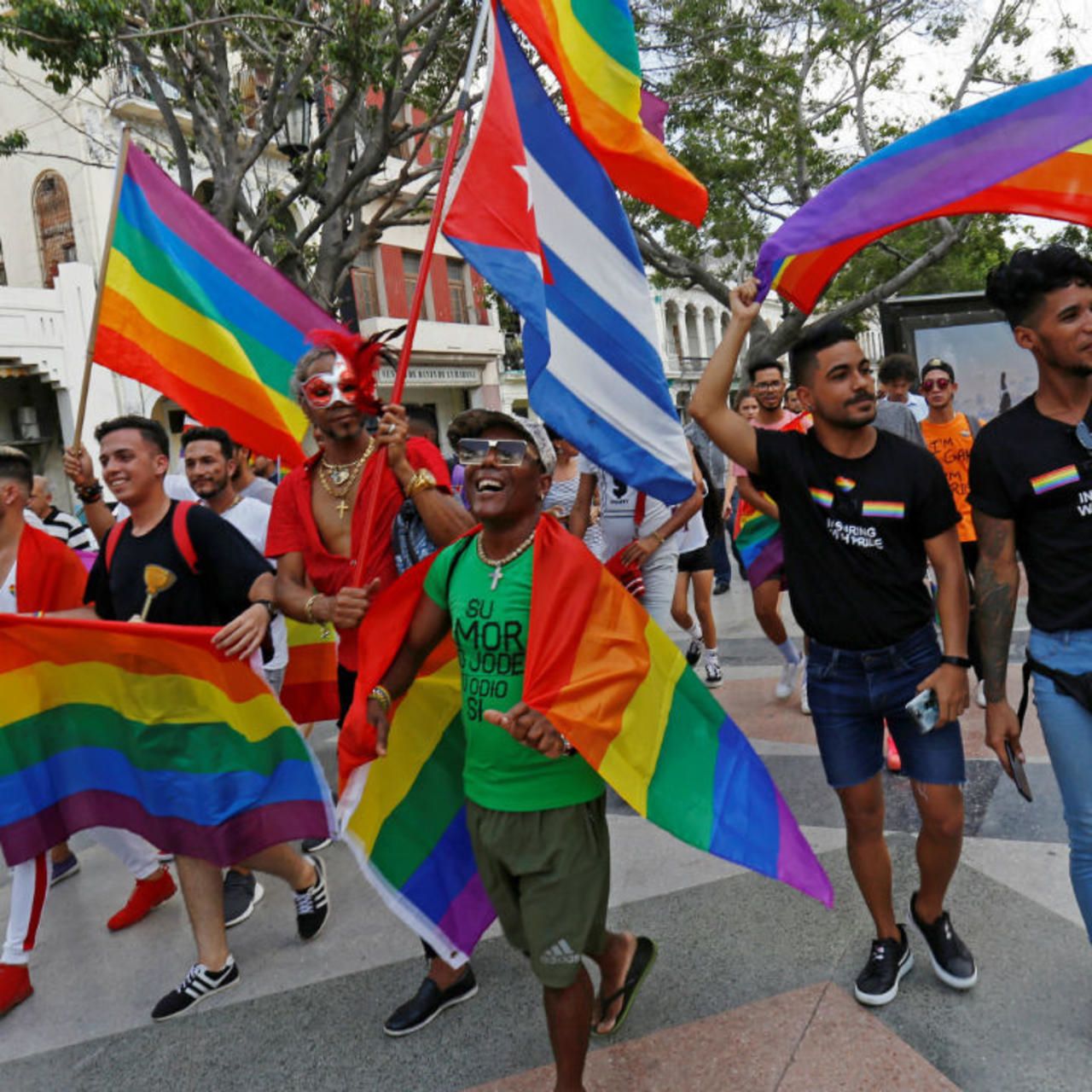 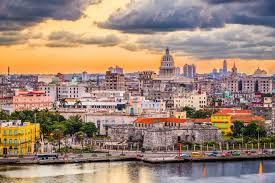 Havana is Cuba’s capital city under going a modern revolution since Castro era.

The heart of the La Habana Province, Havana is the country's main port and commercial centre. The city of Havana was founded by the Spanish in the 16th century, it served as a springboard for the Spanish conquest of the Americas becoming a stopping point for Spanish galleons returning to Spain. Philip II of Spain granted Havana the title of capital in 1592.

Contemporary Havana is divided into three cities in one: Old Havana, Vedado and the newer suburban districts. Old Havana was declared a UNESCO World Heritage Site in 1982.

In recent years, Cuba has begun to feel the rumbles of a sexual revolution with the recent appointment of Miguel Diaz Canel to presidency, the first non-Castro to rule in almost 60 years.

Homosexuality was decriminalised in 1979 for sexual relations between same-sex consenting adults 16 and over and by 1986, the National Commission on Sex Education (CENESEX) announced that homosexuality was a sexual orientation and that homophobia needed to be curbed through education.

The hyper masculine aspirations of the Revolution made the adoption of LGBTQ right a challenge.

Cuba has undertaken extensive campaigns against HIV/AIDS focusing on education and treatment, and in 2003 Cuba had the lowest HIV prevalence in the Americas and one of the lowest ratios in the world

Today, Cuba enjoys an annual gay pride parade across the country, and a booming gay nightlife scene, helping to dispel some of the machista attitudes that were once deeply ingrained in Cuban society.

Cuba is generally a safe and non-violent country, having been awarded the title of Safest Travel Destination in 2018, and in general is more tolerant than most other Latin American and Caribbean countries.

Cuban society is still socially conservative and public displays of affection between same-sex couples are rare. Women should also take into account that the lesbian scene in Cuba is more underground than that of gay males.

Trans people will be relieved to hear that, in Havana, 'travestis' (as is the reclaimed term in Cuba) have quite a high level of

In general, as foreigners, LGBTQ travellers will find that they warrant a certain level of respect and deference, regardless of their sexuality or gender. However, other provinces aren't quite as liberal as Havana.

Local buses are available at Terminal 1 (Domestic Terminal) but payment is required in Cuban National Pesos (CUP) so you will to change some money to pay.

Taxis are always available from the taxi ranks in front of all the terminal buildings. A taxi ride from the airport to downtown Havana takes approximately 20-30 minutes. Always agree the fare first, some taxis have meters but they are rarely switched on.

The best way to get around Havana is to walk. Most of Havana's most popular attractions, including Habana Vieja, El Malecon and Museo de la Revolucion, are less than a mile away from each other. Taxis are both plentiful and a great means of transportation which tourists are attracted to use due to design.

Old Havana is the best neighbourhood to stay in Havana if you’re visiting for the first time. Not only is this downtown neighbourhood bursting with history and charm, but location of heritage architecture, historical landmarks, and cultural institutions.

El Vedado is a hip modern and forward-thinking neighbourhood in Havana. This area of the city is known for its cutting edge and innovative art.

To connect to the lively vibe of Havana, take a walk along Calle Obispo. Finally, if you want somewhere to eat try the former Hemingway hangout, La Bodeguita del Medio, serves succulent seafood and ice-cold drinks.

Malecón (El Malecon) is Havana's famous seafront boulevard running seven kilometers from Habana Vieja (Old Havana) to the Vedado and Plaza area. Overlooking the boulevard is a colourful collection of well-preserved 20th-century buildings in a mix of architectural styles, from Art Deco to Neo Moorish. The historic Hotel Nacional de Cuba, a World Heritage Site and a National Monument with a long list of glamorous former guests, including Frank Sinatra, Marlene Dietrich, and Marlon Brando is located on El Malecon.

Castillo de los Tres Reyes del Morro, also known as El Morro, is the entrance of the Bay of Havana in the Parque Historico Militar. El Morro was built in the late 16th century and early 17th century to guard against the constant threat of pirate attacks and designed by Italian engineer, Giovanni Battista Antonelli.

El Capitolio (National Capitol Building), inaugurated in 1929 rising from the skyline is reminiscent of a Washington Capitol building, but was inspired on the Panthéon in Paris. The structure displays a blend of neoclassical and Art Nouveau styles and was the seat of government until 1959, after the Cuban Revolution.

Mi Cayito Beach is a small but serene little stretch of sea and sand as Havana’s only openly gay beach. Located near the capital, between the well-known beaches of Santa Maria del Mar and Boca Ciega, Mi Cayito is a paradise haven for the LGBTQ community, where sexual freedom is welcomed and celebrated. Though small, Mi Cayito provides all the basic services found on bigger beaches, with sun loungers and umbrellas available for hire, as well as a local restaurant, Las Palmitas, which serves delicious Cuban food and refreshing cocktails at bargain prices.

You can take the hourly (air-conditioned) tourist bus from Parque Central in Old Havana to Mi Cayito which is approximately 25km away.

The Malecon is a sea front area in Havana where in the early evenings, becomes a very popular location for the local gay community to meet up to chat, drink rum, and just to socialize in a relaxed and beautiful open-air location.

Havana's LGBTQ bars & clubs over the past couple of years, has developed into a vibrant and flourishing gay nightlife scene, thanks in large part to the legalisation of private enterprises on the island.

Vedado is Havana's most varied neighbourhood with the biggest selection of nightlife. There are no established gay bars or clubs, which are banned, and the gay “scene” revolves around LGBTQ friendly bars and clubs.

La Esencia is a LGBTQ-friendly club & restaurant in Havana housed within a gorgeous colonial mansion dating back to 1880. La Esencia is considered by many as Havana's hottest club. On Mondays it hosts "diverse parties", where you can enjoy performances by some of Cuba's most renowned Drag Queens. La Esencia is worth a visit almost any night of the week. La Esencia's mixologists (cocktail barmen) serve great cocktails. Open Mondays -Sundays from 6pm - 3am.

Las Vegas is Havana's most emblematic gay venue, boasting regular performances from iconic Drag Queens. A gay landmark in Havana, this nationally-famous cabaret even featured as the backdrop of Viva, a heart-wrenching tale of the struggles of Jesus, a Cuban drag queen, and his homophobic father. Though small and unassuming, you'll find crowds queuing up round the block on weekends to get in. The clientele tends to be diverse, ranging from tourists and locals, gay men and (fewer) gay women, transgender people and (the occasional) heterosexual couple. The drag shows and erotic dancing are highly professional, considering that the cabaret is government funded, and resources in Cuba are limited. Open Mondays to Sundays from 10pm - 3am.

Madrigal Bar, Havana set on the second floor of a crumbling colonial house in central Vedado. El Madrigal is an artsy lounge bar owned by Cuban film-maker Rafael Rosales. El Madrigal is a gay-friendly setting serving delicious cocktails and creole tapas popular with tourists and locals. Open Tuesdays to Sunday 6pm-midnight and Friday\Saturdays from 6pm - 4am.

King Bar is a popular LGBTQ friendly bar\club in the trendy Vedado neighbourhood. Offering a wide range of exciting drinks, with its signature cocktail "Kingbed beta" offering up a refreshing mix of mint, milk, cacao and Havana Club rum! Happy Hour from 5-8pm. Open Monday to Sunday from 7pm - 3am.